THE HANDSHAKE – a primal human gesture is dead – killed by Covid-19?

The act of shaking hands is at least 2 800 years old. (A limestone carving from 900 B.C.E. depicts the Assyrian king Shalmaneser hand-in-hand with a Babylonian ally) 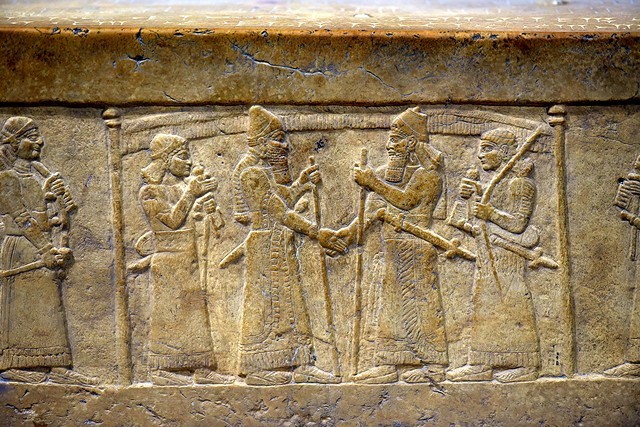 It is believed the presentation of an open palm was to show you are not carrying a weapon, and the up-and-down movement evolved to dislodge a dagger that may have been hidden up a sleeve. Up to now, the shaking of hands has been a social custom that has forged political alliances and has sealed billion-rand deals.

A handshake can be a disaster. There are secret handshakes with curled fingers, open fingers or quick double squeezes to indicate a specific group affiliation. Then there are bone-crushers, arm twisters, yankers and dead fish.

A good shake depends on intuition and a firm grip, not soft, not hard, making palm-to-palm contact and two to three pumps only.  Politicians like to grab the elbow of the other with their left hand, pump excessively with the right before letting go.

Today, our hands are considered lethal appendages laden with killer bugs. It was banned and replaced by the elbow bump, the fist bump, the foot shake, the peace sign, the goodbye wave or a hand-on-heart gesture.

Fathers with nubile daughters are in trouble. Those who thought they could judge the character of wannabee sons-in-law on a first handshake are lost.  With masking and distancing, they can’t even see the earring or lipstick the boyfriend is wearing.

In the diamond trade, deals worth billions are done on a handshake. It is custom to use the Jewish terms – brocha (meaning blessing) and mazel (meaning fortune) on shaking hands as a seal to an agreement. Your word is your bond, and deals are concluded without paperwork, based purely on trust.  Once a diamond dealer has damaged his reputation by dis-honouring his mazel, he/she is considered a pariah and will find it hard to shake another hand in the industry.

A handshake and trust are like “vinkel and koljander, sonder die een, nikswerd die ander.” Which means: “Worthless without each other.” 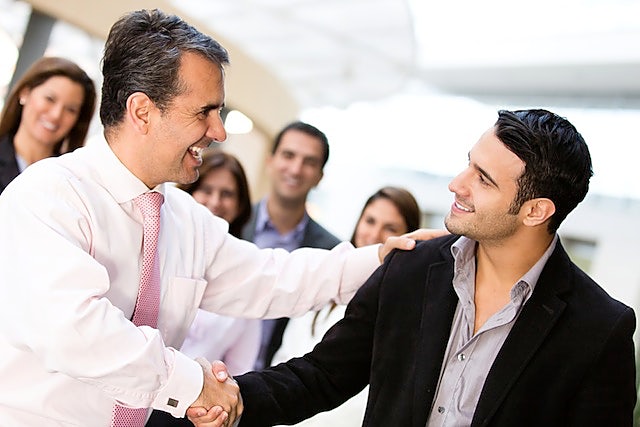 During days of distancing and faceless online trading, the threshold to a diamond deal is not a handshake anymore but rather the reputation of the dealing parties.